Storm of Magic pre-orders up. A few thoughts.

As fans (and haters 😉 ) of Warhammer and maybe some more people out there surely are aware of, Games Workshop treats us with 8th edition’s first expansion – Storm of Magic. There were (and there still are of course) lots of rumours around on what this will actually play like. We won’t know until we got the book in hand but what we do have is pictures of the very impressive miniatures GW releases for this expansion. In this little article I will articulate some of my thoughts on these releases. 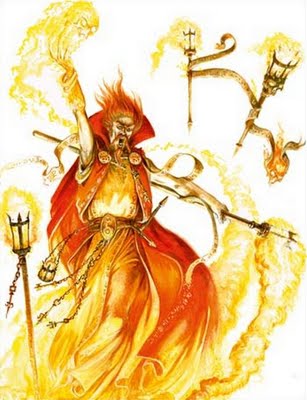 Here’s a link to GW’s site so you can have a look at the tasty preorders yourself: http://www.games-workshop.com/gws/home.jsp

So we got pictures and preorders on Storm of Magic models and accessories now, yay! My thoughts: The terrain is nice as in most cases of GW’s recent terrain releases. I can see it being used in many narrative skirmish-level games and pen&paper RPGs. The stairs will see much use in duel dioramas I think.

The monsters look fun. I’m really glad there finally is a new Manticore, shame it doesn’t look like a Manticore that much. I mean it’s okay and I think that with a more naturalistic paintjob it can look more appealing to me but I wished GW would go for a more toned down, classic look especially on what should be lion heads and such. Less “generic evil monster face” and more “sticking to the original concept” would be great. Being a DE player, I’m of course happy about the Black Dragon and it looks nice to me mostly (could have done with some less twisted teeth though). But overall it’s nice. The pose is neat but don’t ever think of being able to hide this beast behind anything. 😉

And then: Holy cow, a cockatrice! When I saw that they were doing a new one I actually laughed in glee. Out of all these monsters and even though I probably would have much more use for a Manticore or a Black Dragon, I’d probably get the Cockatrice just because it’s so much fun. The model itself looks nice enough. Thanks, GW!

The wizards are very interesting little kits, mostly because they are single models on foot but still made from plastic. Seems like GW are really betting on high sales volumes with those. Apart from that, they are an amusing little throwback to the old plastic mages GW released in the early 90s (and of some of which I had the honor to paint). I really have to point out that I GREATLY appreciate not having any “spell effects” (which I always think alook terrible, especially on GW’s plastics) sculpted on to these mages, nor having any of them float around in the air or something. Again, many thanks for that, GW. What I’m less impressed with is the faces. I think that the way GW’s plastic faces look in general has taken a huge downturn around 2005 (this may or may not be connected to switching to software sculpting on plastic figures. I think it is.) to a point that putting it in the most positive way possible, GW’s plastic mini faces are very hit and miss. In most cases they seem expressionless, very, very plain and symetrical and very synthetic. There is no character in most of them what so ever. And this isn’t a thing that’s limited to human or elven faces. I’m painting some Space Orks at the moment which are mostly sculpts that were released in 1999 if I remember correctly with some bits added to the box when the sprues were recut in 2007 and it’s very easy to tell apart the older faces from the ones that were done almost a decade later – the newer ones look very bad in comparison. GW really need to fix that.

Anyway, I really like the fact that the Dark Elves Sorceress’ hair consists of three different pieces. Just entertaining and very much along the lines of what I enjoy (big hair on elves, topknots and mohawks. 😉 ).

Apart from the miniatures, GW also release the inevitable magic cards. This 64 cards deck with all special spells for Storm of Magic comes in a plastic case that’s made to look like a spell book. Nice idea, it looks nice too and the price is actually pretty good I think. Then there’s the templates that are used for some magical effects. They’re sold in packs of six and are basically the same as the Vortex grenade templates (2″ larger though). They surely are sturdy enough, but I still can’t see the point to be honest. I’m sure that there are tons of new “remains in game” spells but the little domes aren’t really my cup of tea. I guess they will sell well enough though, judging from the sales of the Vortex grenade template a few years ago. The last item that will be released along with the expansion is a paperback novel called Razumov’s Tomb (I like that title). Unfortunately they won’t tell us how many pages it’s got but I guess for €4,00 it’s okay to pick up for a train ride or something like that.

All in all, the positive impressions outweigh the negatives by far and I’m really looking forward to maybe working with these kits in the future. Ruleswise, I can’t say anything of course but judging from the whole setup it kind of looks like 5th edition WHFB to me. 😀 Leave a comment if you made some different observations yourself, if you enjoyed this little article or if you disagree completely. Make your opinion heard! 😉

This entry was posted on Saturday, June 25th, 2011 at 13:09 and is filed under Uncategorized. You can follow any responses to this entry through the RSS 2.0 feed. You can leave a response, or trackback from your own site.

2 Responses to “Storm of Magic pre-orders up. A few thoughts.”